In 2010 Vince was invited by the to participate in Exhibition #2 as part of it’s ten year anniversary celebration. His works were exhibited in Turbine Hall after being selected out of hundreds of artists that submitted works.

The event was co-sponsored by . Visit their website to find out more about their Exhibition # series.

His works have laid the foundations for the marketing presentations of Corporate giants; such as Sony, Nike, at Harrods, Camden’s Clothing Outlets and Camden’s 's visual retail presentation that have become globally recognized as forward thinking out of the box retailers.

Vince was recently featured on channel Five's Open House with .

Watch him display/demonstrate his art and describe what inspired it and how it was made. 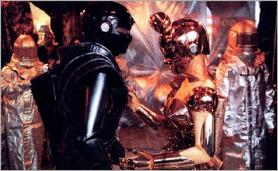 In the ancient catacombs that run below the Stables Market in Camden Town something strange was happening.

Putting the combat-trousered market brigade to shame were these refugees from . and were in the catacombs on Saturday to launch an unearthly art exhibition.

At weekends, between 8am and 6pm, visitors can tour the eerie underground arches, embellished with a series of sculptures by artist Vincent Jö - Nés

Mr Jo-Nes, who is inspired by all things futuristic, had the unique honour of having one of his pieces taken up with the space mission in 1992 - astronaut was a fan and took the work up as a keepsake. Simon Levene, one of the organisers of the exhibition, said: “It looks like an archaeological dig into the future where alien artifacts from a different planet have been unearthed." 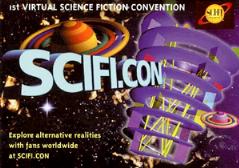 Vincent C. J. Jö - Nés fuses the imagination of engineering technology into channelled images of 2-D and 3-D creations which are uniquely Bio-Interactive and probe the boundaries of Visionary New Age Art....

Vince both exhibits his work and attends a great many art Expo’s and gallery events. Many of these are Sci-Fi related, so he is a well known figure amongst the hard core niché fans of all thing’s futuristic.

Another TV appearance, this time on Granda's , giving Vince a chance to display his art work's and describe where the component's came from and how they function.

Based in London, Vincent is Camden’s original CYBER Artist. His unique creative works are an oxymoron described as; ‘Contemporary Futuristic Artefacts’.

US enterprise beams down into Brent

discovers how an American artist’s enthusiasm for creativity and innovation helped Year 9 pupils a Wembley school bridge the gap between art, science and technology.